The Knox automobiles were built from 1900 to 1914 in Springfield, Massachusetts, USA. Founder Harry A. Knox was inspired to build his own automobile by his neighbor, noted automotive pioneer J. Frank Duryea. Harry A. Knox, a graduate of Springfield Technical Institute, built several experimental gasoline-powered automobiles in the mid-1890s. During this time, he was employed by the Overman Wheel Company in Chickopee Falls. 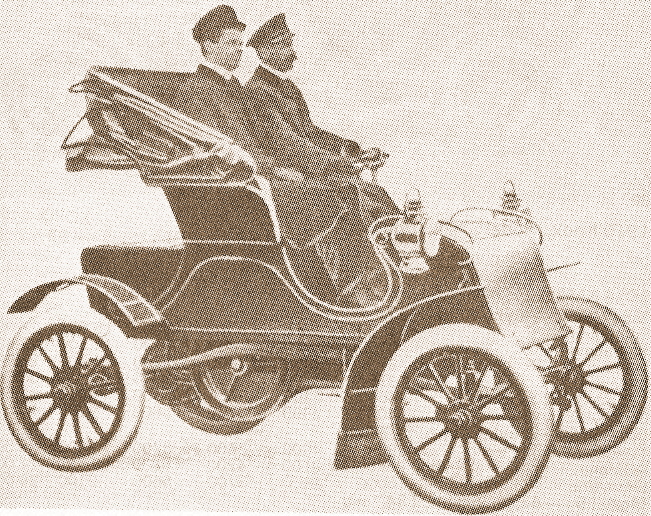 In 1898, Harry Knox left the Overman Wheel Company. Company management, planning to enter the market for "horseless carriages," had decided to use steam instead of gasoline. Upon his return to Springfield, Harry Knox partnered with E.H. Cutler. The goal was to produce a lightweight three-wheeled car with a single cylinder engine. The vehicle was based on Knox's gas-powered prototype cars designed by Overman. The first Knox three-wheelers were built at the Waltham Watch Company factory in Springfield.

Four-wheeled models were added in 1902. Also offered were both one- and two-cylinder engines. During this period, Knox engines were air-cooled, earning them the nickname "Waterless". The cylinder cases were studded with 2-inch threaded pins. The spiky appearance gave the cars the nickname "Old Porcupine." The engine was mounted in the center of the chassis and connected to a manual 2-speed planetary gearbox. The rear wheels were driven by a chain. Steering was by a steering tiller mounted on the left side of the car.

In 1903, only one model was offered. The Model C had a slightly longer wheelbase than its predecessor at 72" (183 cm). The versatile and compact runabout body was still used. The design offered the ability to fold out two additional seats in front of the driver. The style was often referred to as "Stanhope" on other contemporary cars of the era. This was, by today's standards, the first "2+2" car. A particularly attractive aspect of the Knox bodies is a trim strip that follows the curved shape of the body sides.

Harry A. Knox numbered his cars quite simply. The VIN (actually an engine number) is stamped at the base of the cylinder head. The number of the car presented here is "800". It is thus to be assigned to the production of the year 1903.

The rare 1903 Knox was found near San Antonio in Texas by me. This now rare Model C only existed in 1903, so it was clear that it was eligible for the London-Brighton run and consequently had a high value.
The car was offered by Roger F. in an obscure internet portal in the USA. The automobile was to be sold for reasons of age and illness. The first contact has taken place with his second wife in January 2018. After initial major concerns, we came to a trade agreement in February 2018. However, the transport to Germany via Houston/Texas was delayed for months. The reason was the lack of valid papers (Certificate of Title) for export. I was able to obtain these after consultation with the "Department of Motor Vehicle" in the state of Maine. The 1903 Knox was then shipped by container to Rotterdam and received by me in June 2018.
The known history of the Knox with VIN 800 is as follows:
1903
Production in Springfield, Mass., USA
1965
First documents prove Roger F. is involved with the Knox vehicles. He made contact with other Knox owners. It is not clear if he owned the vehicle at that time. However, his wife thought she knew that the car had been in Roger F.'s possession since the mid-1950s. Unfortunately he could not say anything more binding about this.
1990
Roger F. contacts for the first time John Y. Hess. Hess had founded the Knox Automobile Club in 1988, which Roger F. later joined. 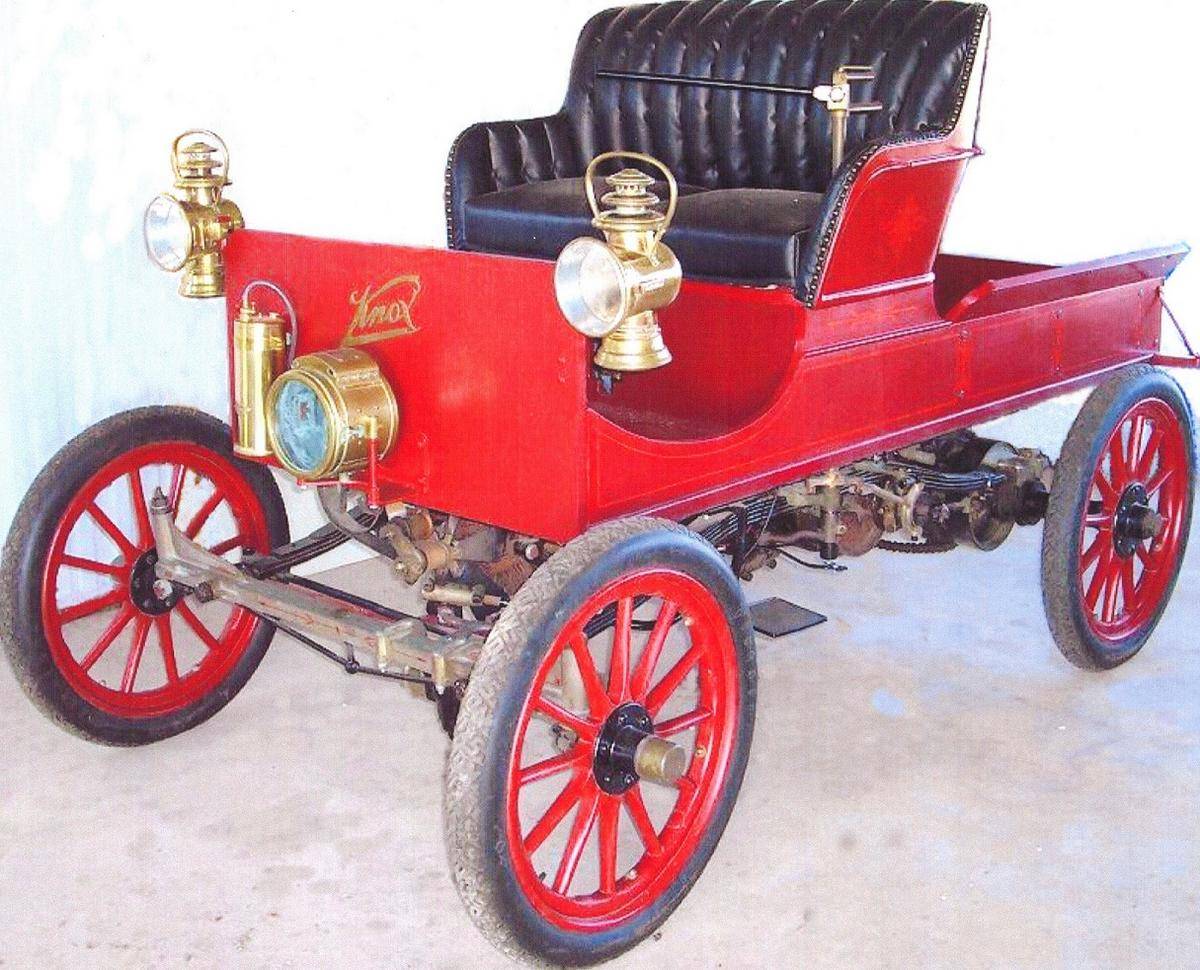 1993 - 2005
There is always correspondence between the club members. Roger F. presents his vehicle as the only existing Knox with pickup body. Even the club magazine reports about the rare vehicle. Unfortunately there is no information if Roger F. has already acquired the vehicle like this. The fact is that he is building a new body. Only the original seat and various badly preserved brass parts are reused. The quality of the body is not up to the times and is characterized by modern materials and replicated fittings. 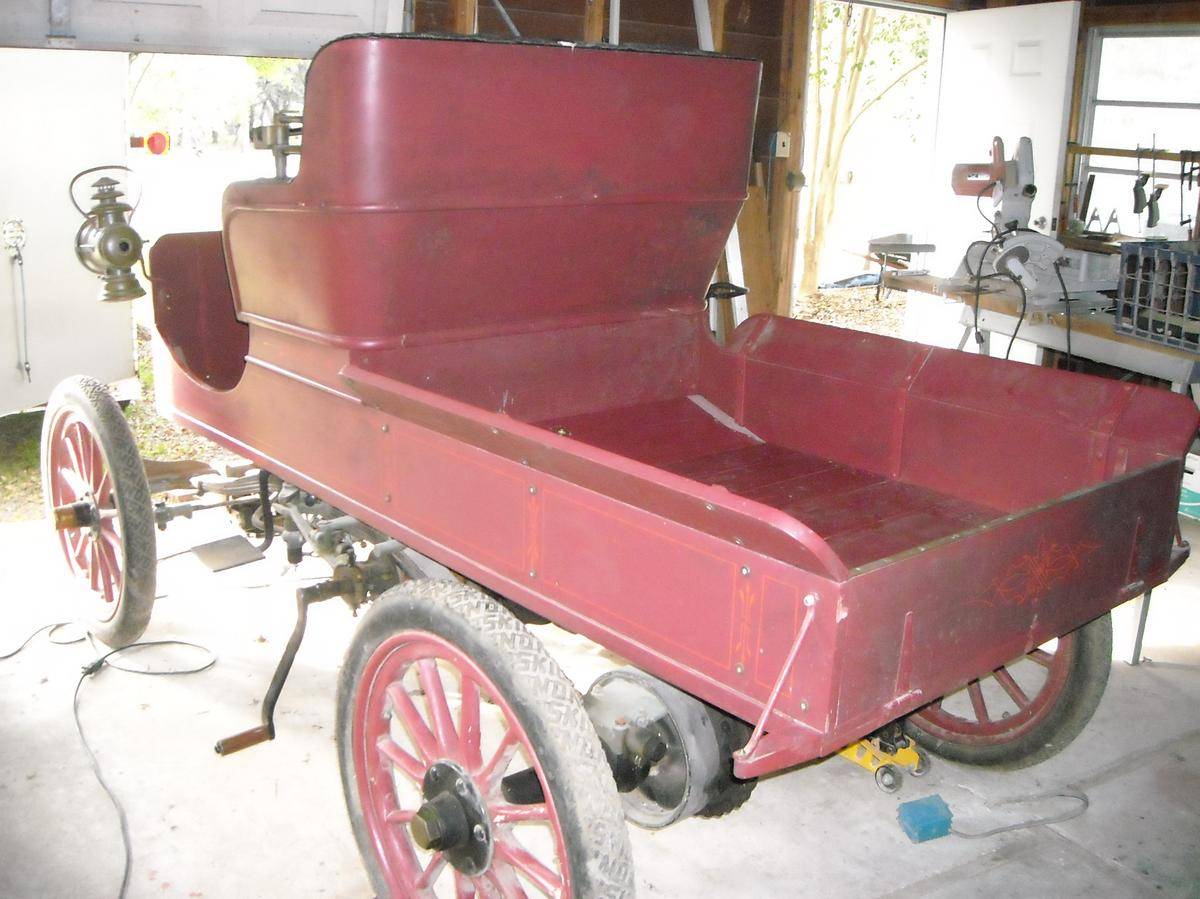 The following points prove that the body does not belong to the vehicle:
I suspect that the original body was no longer usable and so the very basic pickup body was chosen. The original hood linkage was also retained. However, since it clearly matches the passenger car (Model C Stanhope) it was probably not fitted.
2007
John Y. Hess passes away (exact date unknown) and the Knox Automobile Club ceases to exist. Before that he wrote and published the only book on Knox automobiles.

2017
The Knox is offered for sale in a partially disassembled condition with the fake pickup body.

I have done a lot of research on the vehicle over the past few years. The vehicle was almost certainly a two-seater with additional front seats. It is the Model C with Stanhope body. Since the year 2019, the restoration ( restoring the original condition) has been started.