At the end of the 19th century, there was no automobile industry. No one knew what exactly an automobile was or what it should look like. Even less knew how to build it. Manufacturing companies were entering unknown territory on an almost daily basis. And no one could oversee the interplay of innovation, commercialization, profit, market opportunity and reinvestment. 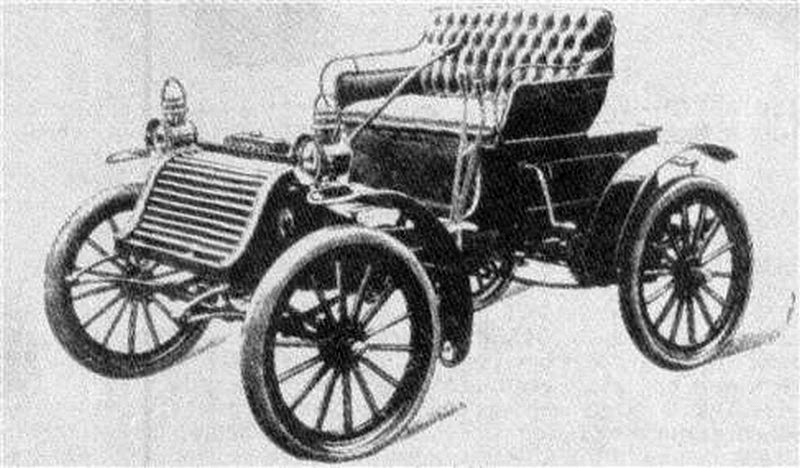 But a few successful industrialists quickly recognized the potential of personal motorized transport. Until then, this would be dominated by horses, carriages and a few bicycles. These companies often moved from successful household or industrial products to bicycles and motorcycles to the production of automobiles. One of these creative and forward thinking people was Barnabas Eldredge. He founded the National Sewing Machine Company early in the years following the American Civil War. A native of Cleveland, Ohio, he contracted with the Ames Manufacturing Company in Chicopee Falls, Massachusetts, to build his sewing machines.

Later, Eldredge's sewing machine manufacturing was moved to the northern United States. The tools, pattern parts and molds were first taken to the June Manufacturing Company in Chicago. In 1899, the company, now under the sole control of Barnabas Eldredge, was merged with other companies under the name National Sewing Machine. Subsequently, the company headquarters were moved to Belvidere, Illinois. Eldredge had already begun manufacturing bicycles, and shortly after the turn of the century, National Sewing Machine designed and built its own automobile, called the National Road Car in various sources.

To be sure, the Eldredge 8 HP Runabout was typical of the lighter vehicles of the day. However, with its horizontal two-cylinder engine with atmospheric intake valve - which produced about 8 horsepower - the vehicle was also ahead of its time in many ways. Barnabas Eldredge was the first to recognize the practical aspects of left-hand drive in the United States. Here, vehicles usually drove on the right side of the road. He put the steering of the Eldredge car on the left side from the beginning. This had many advantages when, for example, overtaking and driving around obstacles. After the first Eldredges were built, the company replaced the original steering rack with a steering wheel in 1903. It was therefore almost certainly the first American automobile with left-hand drive. At a time when most automobiles still used simple planetary gears, the Eldredge already had a conventional manual transmission with shafts and gears. This and the elaborate suspension were also a novelty in a light, inexpensive automobile.

National Sewing Machines' business, however, was firmly entrenched in sewing and other household machinery. Competition in the automobile market quickly became tougher, and after only four years the company stopped building the Eldredge automobile. The company wanted to concentrate on its established business in the future. Only about 600 of these pioneering sporty cars were built. The National Sewing Machine continued to exist until 1957, at a time when the pressure from Japanese competitors was too great and they ceased operations. Barnabas Eldredge, however, died in 1911 at the age of 68. 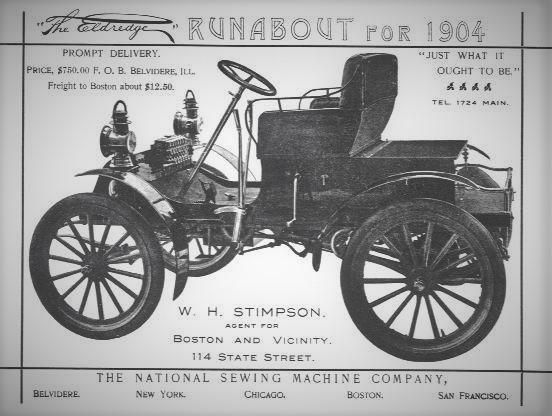 The rare Eldredge is another London-Brighton car in my collection. The London-Brighton run is the oldest automobile race in the world. It still takes place on the first Sunday in November in England. All vehicles are admitted which were demonstrably registered before 01.01.1905.

The following history is known to my vehicle:

1903/1904
The vehicle was built in the Belvidere factory. The vehicle has an engine marked "June 1903". But according to the documents (Certificate of Origin) the vehicle is from 1904.

1990
Rod Inglis of Earlton in Northern Ontario/Canada takes up correspondence with various persons and inquires about the restoration of his Eldredge. It is mentioned that he purchased the vehicle in Reno.

Rod Inglis restored the vehicle very extensively until the late 1990s. He died in December 1999.

The vehicle then became the property of his son James Inglis.

2006-2008
The vehicle was driven by Rod Inglis grandson, Mike Inglis, for short trips.

2022
The Canadian auction house Shackelton auctions off the inventory of the Inglis Farm in Earlton. Among other vehicles, the 1904 Eldredge will be auctioned.

The vehicle has been in my collection since November 2022.

It now needs a complete check-up and overhaul. With its 2-cylinder engine, the 3-speed gearbox and the low weight, it is an interesting vehicle for the London-Brighton run.

Four other vehicles of this rare and important company are believed to exist worldwide.

Vehicle at the Boone County Museum in Belvidere 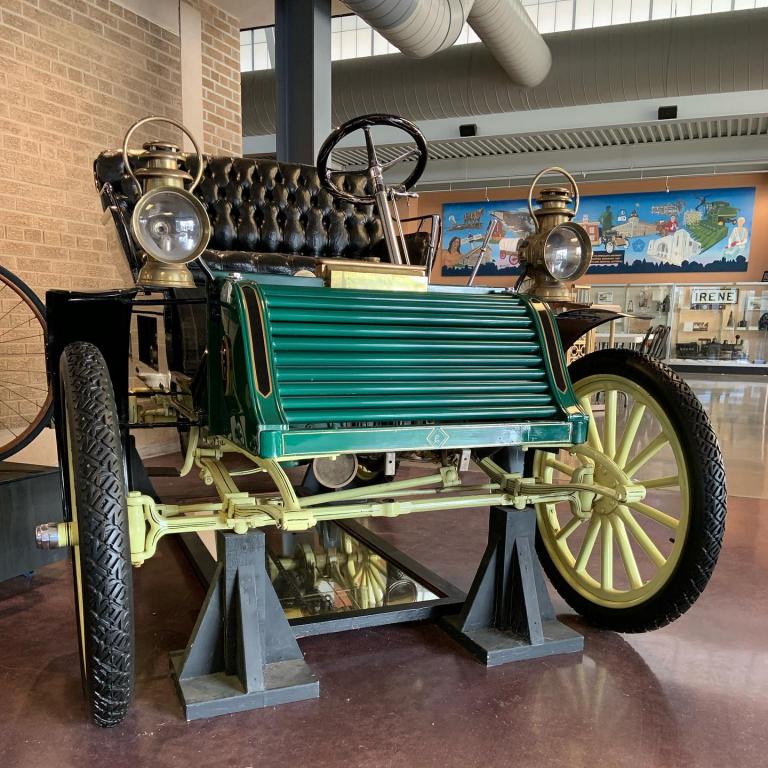 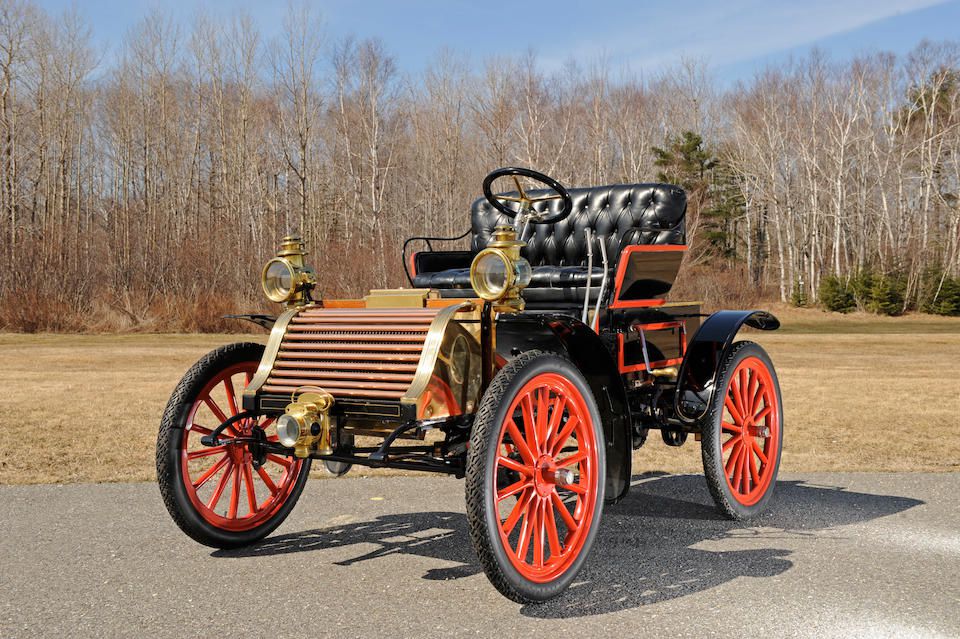 The current owner is not known to me. 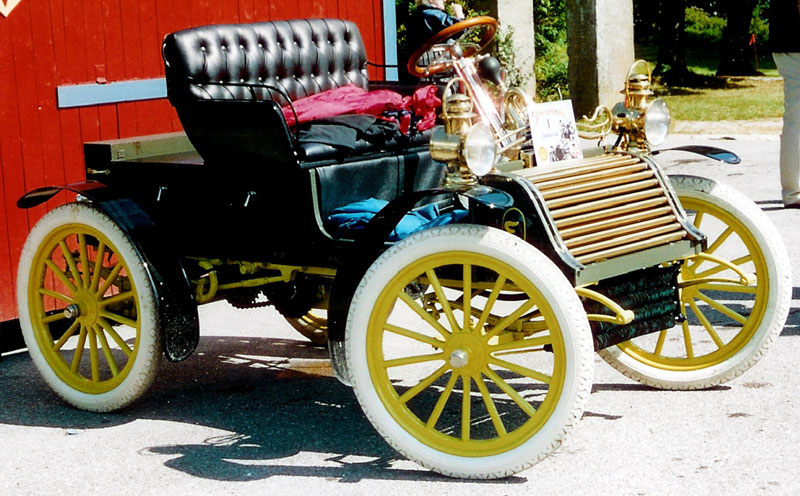 Ingemar Liljegren has supported Rod Inglis with a lot of information during the restoration of his vehicle. It is not clear to me if the Eldredge is still in his possession today. There is an additional radiator mounted on the vehicle.

Vehicle from the Imperial Palace Auto Collection in Las Vegas/Nevada 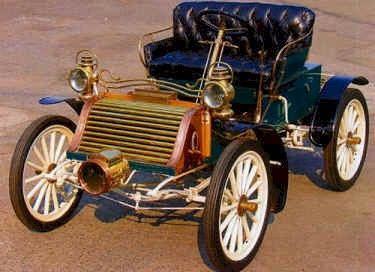 Unfortunately, I do not know if this vehicle is still in the collection today. It was used as a motif for a silver coin. 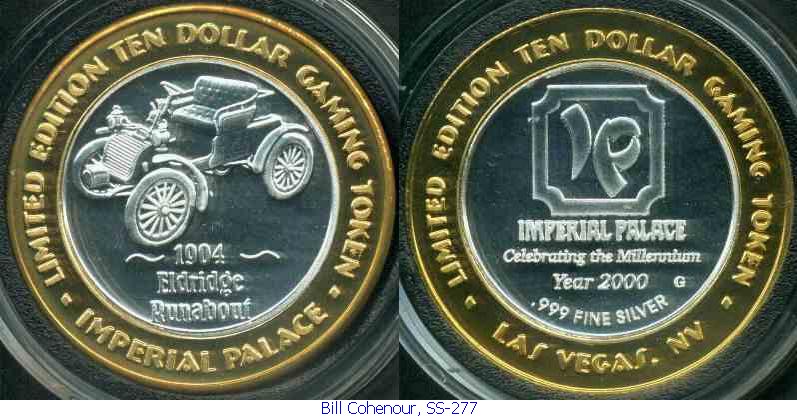 I appreciate any information on the history of the Eldredge company and the remaining vehicles. I have received about 2 kg of documents with my vehicle. Among them is material that cannot be found today. I will evaluate this in the next years and archive it digitally. I am very interested in an exchange with other Eldredge owners.