As the 1920s came to a close, General Motors under Alfred P. Sloan held a leading position in the American automobile market. The Roaring Twenties were a time of opulence and excess, and although America's rich and famous satisfied their needs at Packard and Duesenberg, Cadillac remained the leading manufacturer in the American luxury automobile market. This position was maintained through continued innovation and design excellence. Whether it was the sporty look of a V8 roadster or the powerful magnificence of a V16 Sports Phaeton, all Cadillac models were "The Standard of the World". 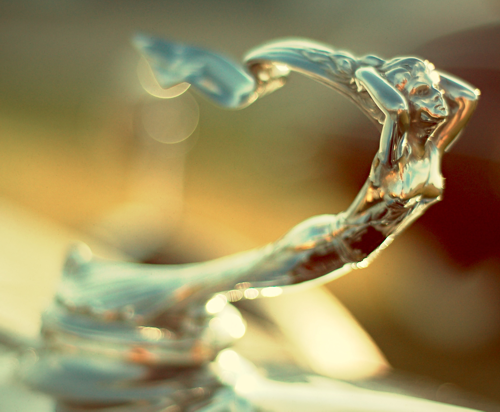 In 1931, Cadillac offered a variety of passenger cars with eight-, twelve- or sixteen-cylinder engines. Despite the decline in sales caused by the Great Depression, Cadillac managed to drive its competitors into the ground and claim the largest share of American luxury car sales. A total of twelve body styles were available, including custom designs executed by renowned American coachbuilders Fleetwood and Fisher. General Motors employed an art and color styling department headed by one of the most famous automotive designers, Harley J. Earl. Earl and his staff worked on all the 1931 Cadillac models and the results were impressive.
'
The new Cadillac V12 for 1931 filled the large gap between the V8 and the V16 in Cadillac's lineup. The V12 leaned more heavily on its big sister model and adopted many of the features of the V16 cars. It received a hood with doors instead of louvers, a beautiful dashboard with full instrumentation that resembled that of the V16, and an engine that was nearly identical to that of the V16 except for a little length. The associated bodies were equally impressive and many designs were shared with the V16 chassis. A total of 30 body styles were offered for the V12, six by Fisher and twenty-four by Fleetwood. 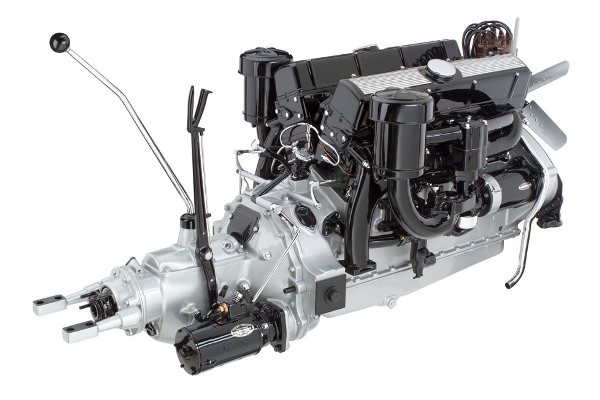 This prestigious Cadillac is in very good condition and is registered with a historic license plate.

The following is known about the history of the 1931 Cadillac 370A Town Sedan:

1931
The car was built in Detroit, USA in September 1931 and delivered to the Cadillac dealer Don Lee Inc. in San Francisco. Don Lee Inc. was the one of the largest Cadillac dealers in the United States and had its branches exclusively on the West Coast. The existing Cadillac Motor Car Co. "Ordersheet" dated Sept. 12, 1931, substantiates the information provided.

The document also proves that all major assemblies of the vehicle have not been replaced to date (matching numbers). The vehicle had the identical paint scheme at the time of delivery as it does today. The colors used are "Ravenswood Brown" and "Matisse Brown" for the body and "Tokyo Ivory" for the lines. The two spare wheels were originally fitted with fairings. These are no longer present today. A special feature is the roof vent. This was used to vent cigar smoke and is a very rare feature.

The following 50 years of the vehicle's history are unknown.

1982
The Cadillac is purchased in 1982 by John S. "Jack" Finden of Glenwood (Minnesota, USA). He is the president of Topeka Bank & Trust Co. Jack Finden owns a large collection of Cadillac vehicles from the 1930s. All vehicles have been extensively restored and moved only a few miles after this. His collection has not been shown to the public. Also there is no information on the internet about the collection.

His wife, Connie Finden, keeps the collection until her death in 2017, after which various vehicles are offered by various dealers in the USA. There are also clues about the mysterious collection. The vehicles are extensively restored, have never appeared before and have mileages under 100 miles. The information mentioned here comes from Whitney Haist from California/USA. He has also acquired a vehicle from Jack Finden's collection and knows the history.

2017
Cadillac 370A Town Sedan VIN 1000858 was acquired in 2017 by well-known vehicle collector, Alex McCommas of Tyler (Texas, USA). The vehicle was temporarily registered under the license plate "AHG-7197" with the LLTLC company. 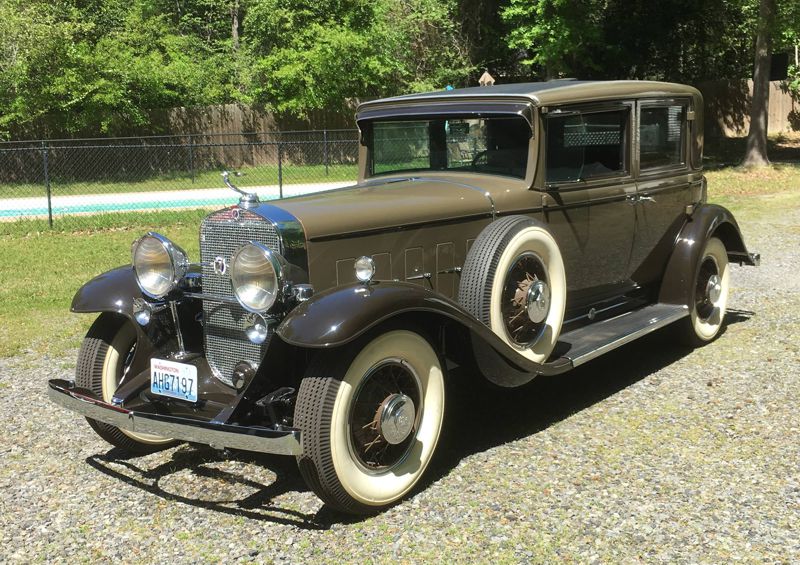 The company is based in Helena (Montana, USA). LLTLC offers a registration service for vehicle collectors. This reduces the cost of registering collector vehicles and the administrative burden. Alex McCommas had registered several vehicles with LLTLC. This is evidenced by various pictures on the internet (Alex McCommas' Facebook page). According to his statement, the previous owner invested approximately US$140,000 in the restoration of the vehicle. The car has been moved very little at Alex McCommas, despite the registration.

2021
By 2021, Alex McCommas said he had a collection of over 90 cars. It included mostly pre-war passenger cars as well as various fire trucks. The Cadillac was sold to me in August 2021. Due to missing containers at the port of Houston, the car arrived in Germany only in November 2021. 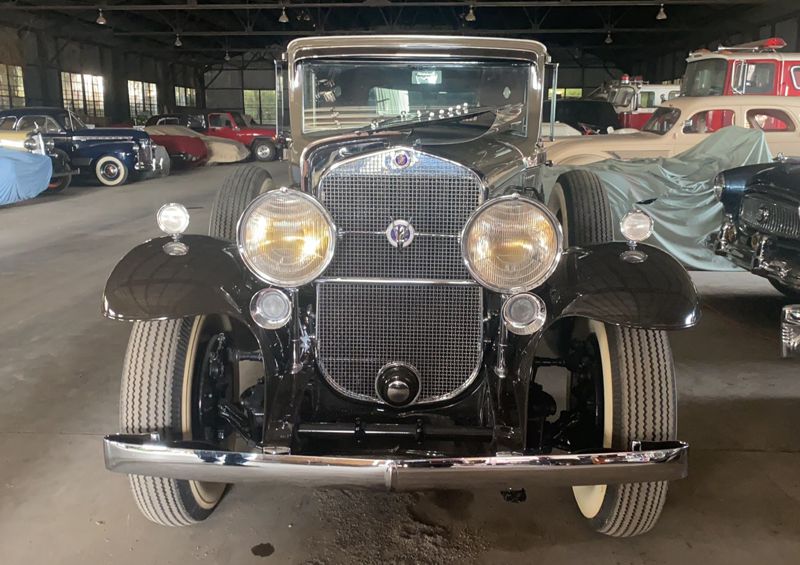 Initial inspection of the vehicle confirmed that the car had been moved very little after its very high quality restoration. Various details indicated that the restoration had been done some time ago. 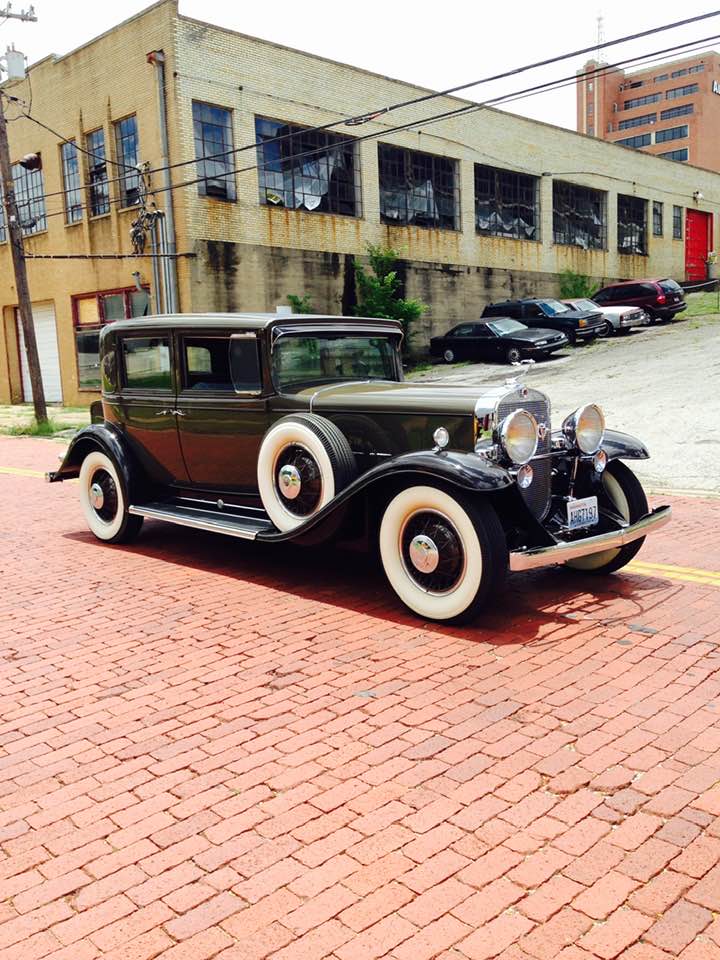 The vehicle was equipped by me with a LED turn signal system. This was installed so that it can be removed at any time. The original condition of the vehicle is not affected by this.

2022
Due to the complexity of the vehicle I decided to have a recommissioning of the Cadillac done by a specialist. A direct commissioning was not advisable, because the quality of the restoration was not known. The car was brought to Johan Boltendal in Noordbroek, NL at the beginning of April 2022. Johan Boltendal is internationally known as an expert for Cadillac cars of the 355, 370 and 452 series.

In the period from April to June 2022 the following work was carried out:

The V12 Cadillac is now in good condition and is regularly serviced and driven short distances. I would be pleased to receive further information about the history of this vehicle.